The night prior, I had finally finished building my most recent project: a drone. I knew that in the following morning, I wanted to test fly my drone for the first time. So, this morning I woke up early, did some final hardware and software checks to the drone, and headed outside to test fly my latest project.

At first, it seemed like I had failed. For some reason, the drone just simply would not lift off the ground. However, I observed the leaves next to the drone and realized that instead of getting pushed away from the drone, they were getting sucked towards the drone. Thus I deducted that I had wired some of the motors reversed, causing half the drone to push downwards and the other half to push upwards. So, I readjusted the wiring and tried once more to lift the drone from the ground.

This time, the drone did lift! However, it was severely unstable and if I got more than a foot off the ground I was starting to fear that the drone would pull a 360 and crash (it was THAT unstable). After one crash and one unintended 180 flip, I remebered that the drone had different flight modes: manual and GPS. It was then and there that I realized that I was flying in complete manual mode, and considering I was a complete newby to drones, I could not fly without GPS assistance. So, I turned off complete manual mode and turned on GPS assistance mode, and tried once more.

Success!!! The drone lifted off strong and steady, with the blowing wind unable to even slightly move the drone. At that moment, all of my previous frustrations completely flew out of my body, and I enjoyed the magical feeling of the success of another project.

My drone flying (down). 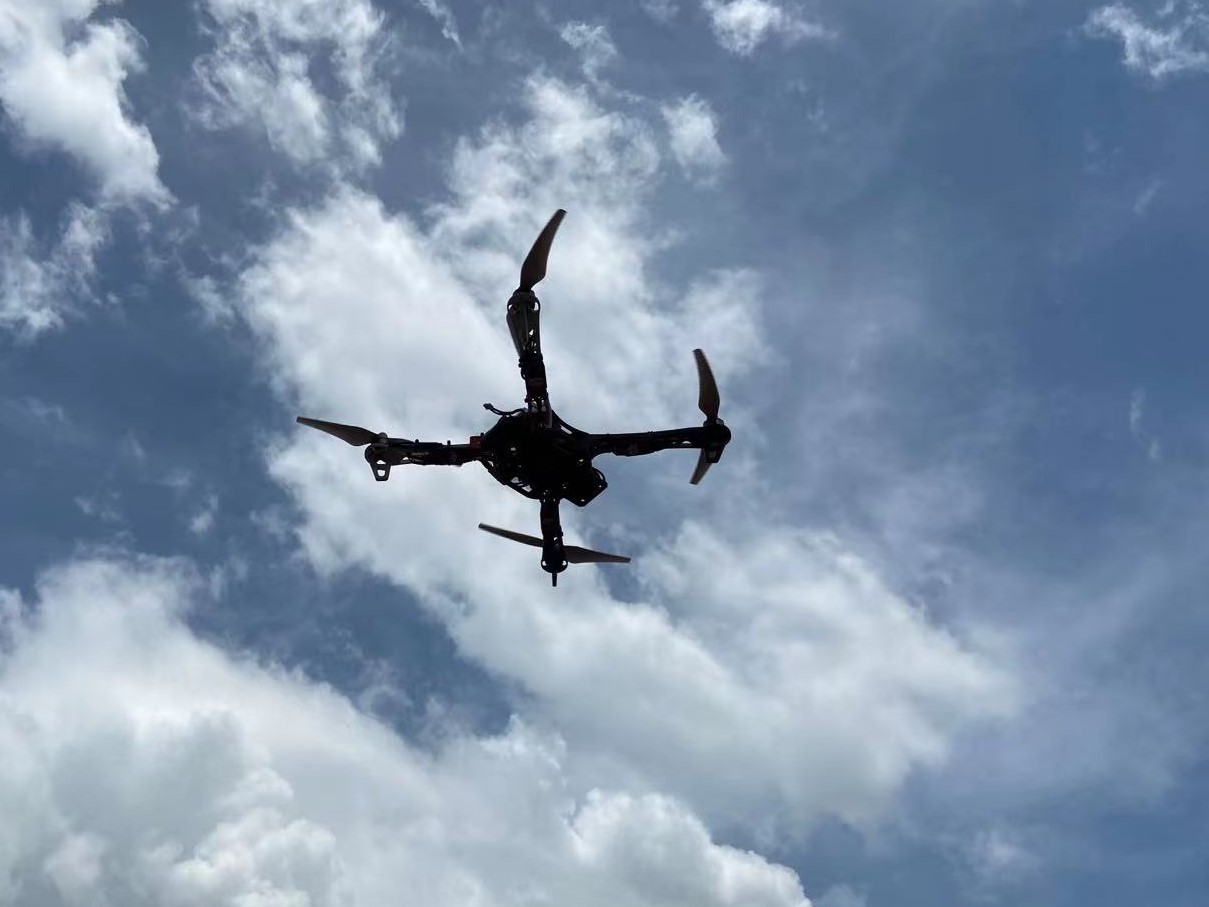